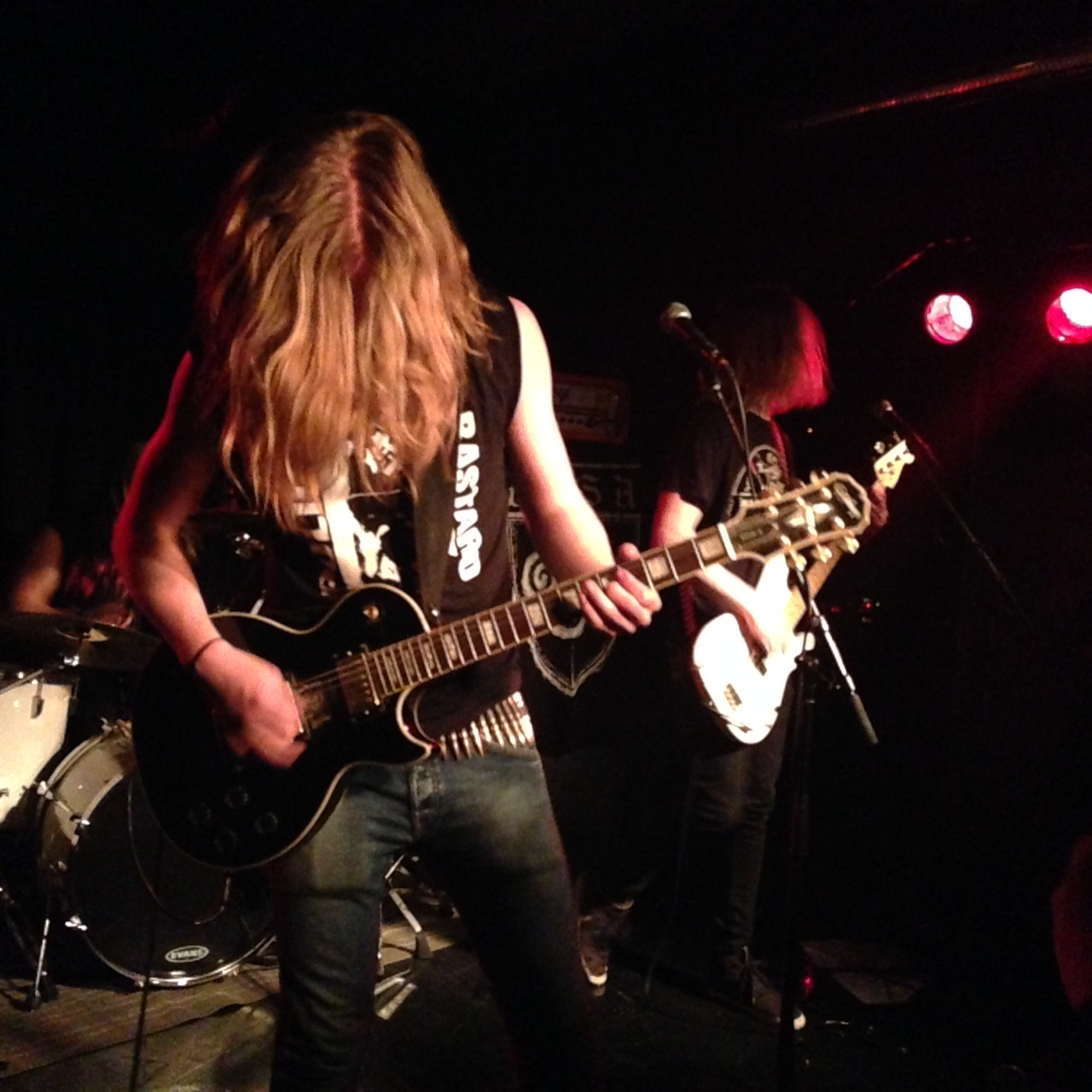 Who would’ve thought that the small municipality Fusa could breed such thrashing maniacs like Inculter? Well, it seems that leading thrash/death metal bands in Norway have got a new competitor – the youngsters in Inculter made that pretty clear last night, leaving Pokalen in ruins with their aggressive thrash metal.

The locals in Purple Hill Witch opened the show with their heavy, doomy tunes. Not too many people had found their way to Pokalen this night, but I guess that’s their loss. Purple Hill Witch’s music sounds like a hybrid between early Black Sabbath, Pentagram and Witchfinder General – only a bit more psychedelic. Seeing them for the second time (first time being at the biker club Norbikers), they’ve certainly improved their performance since then. At first, the vocals seemed a bit out of tune, but during the concert, the vocals turned out really good. On the last songs, vocalist Kristian Ingvaldsen, showed that his voice actually sounded even better on stage than tape. The set consisted of songs from their self titled debut album, obviously, while 2014 being the year of release, but they even played a completely new song. I didn’t catch the title, Leather or something? I guess we’ll have to wait for the next album to find out. Purple Hill Witch ended their set with the monumental Astral Booze, the second tune from the first album, and a cover, Witchfinder General’s Burning a Sinner. Surprisingly great gig, and the new song was intriguing – a bit faster and more heavy metal than their previous tunes. Well done!

Inculter formed in 2012, and now their long awaited debut album, Persisting Devolution, is finally here. They blew everybody away with their first gig (?) at Beyond the Gates a couple of years ago, a completely unknown band consisting of really good musicians, destroyed the whole festival with their intense and energetic thrash metal. With that concert in mind, I expected this gig to even top what we witnessed in Bergen, with the new strong songs and all. The performance started out with the album’s intro, and followed the same order as on the album, with Diabolic Forest being the first song. The audience is thrashing all around (got it?), not very common in Norway – I guess we have a reputation of being rather stagnant as an audience. During the set, people start to moshpit front row, giving the vocalist Remi a hard time on stage because someone clings on to his microphone rack. Smartass. It continues throughout the concert – where are the big bouncers from the 80’s when you need them? There’s a lot of banging heads during the killer track Pastoral Slaughter, and it gets even better when they’re slaying through Graveyard Premonition from the 7” split with Reptilian and Endless Torment, Mist of the Night and Commander from the new album. On one of the last songs, Volcanic Swarm, Arild “Arse” Torp from Nekromantheon joins in on vocals. They end their set with Envision of Horror, which is also the last track on Persisting Devolution. The audience is shouting “Mere blod, mere blod!” (more blood, more blood), and after a little while, Inculter gets back on stage do to an encore. Say what? An encore from a so to speak unknown thrash band? In Oslo? Hell yeah! The audience got what they wanted, and the demo song Ancient Force is served to the people. The great thing about Inculter is their energetic stage presence. It’s refreshing to watch these young fellows riffing and head banging their way through one killer track after another. The vocalist actually looks a bit like a young James Hetfield, and you get the sense that the band is really hungry and passionate in what they’re doing. Inculter did a great gig, and festivals and booking agents should get these guys when they can – I bet this is going to expand really fast.