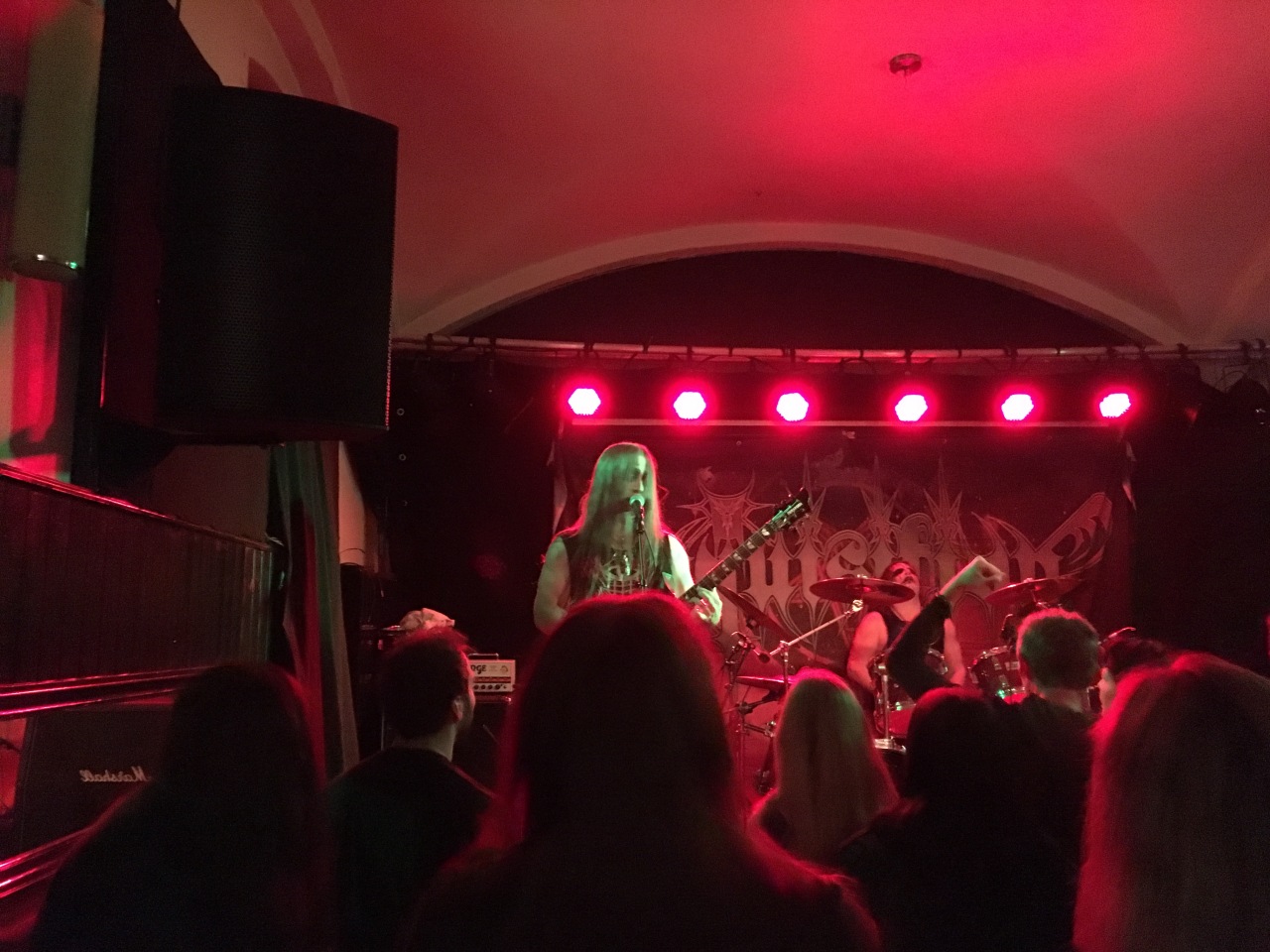 So you think you didn’t miss anything by staying at home last Tuesday? Well, think again. Columbia’s finest, Inquisition, along with the locals in Nachash, made all the effort that comes with concerts at weekdays worthwhile.

The newly renamed Krøsset, formely known as The Crossroad Club, had an successful evening with a packed venue hosting the two bands. Not bad at all, considered the amount of metal concerts in Oslo in general, and this month especially. It seems like the more extreme oriented concerts are more of the audience’s interest than the more heavier ones. And this gig definitely offered something special: A mix of something new and exciting with experienced and solid.

Starting out with Nachash, it was clear that this wasn’t going to be a quiet night. The three-piece served us some of the great tunes from their highly acclaimed EP, Conjuring the Red Death Eclipse, and with Tiller killing it behind the drumkit, this was truly something. Killer-Tiller. Along with the older material, Nachash presented four (?) new and promising songs from their upcoming record. Keep’em coming!

And then: The unholy Inquisition. What I really consider the strength of this band, are the hypnotic riffs and the sound of the non-humanlike voice of Dagon. Those two combined, make the band sound somewhat, out of this world. And that’s true for the live performance as well.

Inquisition heads out on an European tour after the show in Oslo, to promote their new album Bloodshed Across the Empyrean Altar Beyond the Celestial Zenith (these guys certainly know how to make their titles short), and this gig seemed to be sort of a warm-up event with a special set with more oldies included like Dark Mutilation Rites from Magnificient Glorification of Lucifer and Desolate Funeral Chant from Ominous Doctrines of the Perpetual Mystical Macrocosm.

Those of the Night from their greatest album, Into the Infernal Regions of the Ancient Cult, went down as the definite highlight of the gig, and as the audience really hit it off on this one, it seems like they would agree with me on that topic. The epic Empire of Luciferian Race, with one of ritualistic black metal’s ultimate riffs (the one that begins at 04:11), was unfortunately not a part of their set, but the concert as a whole was indeed a supreme performance on how to sound tight, brutal and occult in the true sense of the word. Who needs bass, anyway? Hail the Cult!